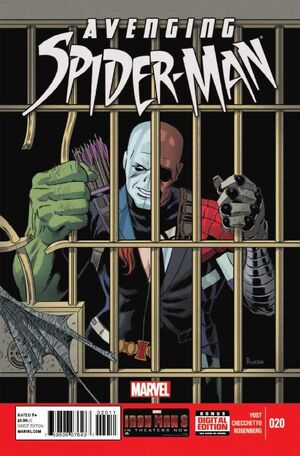 Appearing in "The Chameleon Sanction"Edit

THE CHAMELEON SANCTION PART 1 of 2 • Can Spider-Man keep his secrets while facing off with the Secret Avengers? • SHIELD has the Chameleon. The Superior Spider-Man wants him. Time to break into the SHIELD Helicarrier!

Retrieved from "https://heykidscomics.fandom.com/wiki/Avenging_Spider-Man_Vol_1_20?oldid=1747782"
Community content is available under CC-BY-SA unless otherwise noted.