Start a Wiki
Part of the 'Battle for the Cowl' event 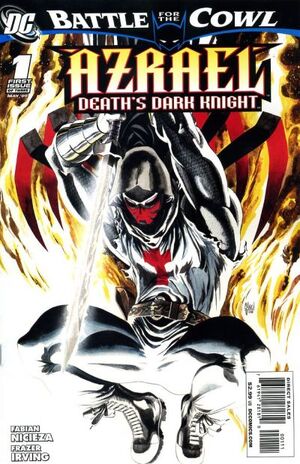 You say your actions were in service to a greater justice... ? So are mine. I serve GOD's Justice!

Appearing in "Book One: Simple Sacrifices"Edit

Synopsis for "Book One: Simple Sacrifices"Edit

Retrieved from "https://heykidscomics.fandom.com/wiki/Azrael:_Death%27s_Dark_Knight_Vol_1_1?oldid=1523576"
Community content is available under CC-BY-SA unless otherwise noted.