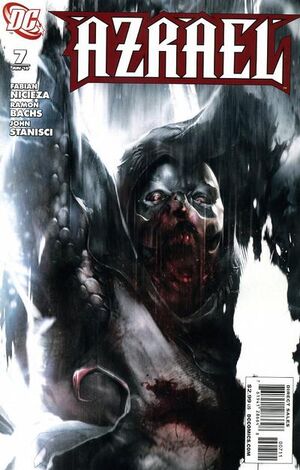 He cried when he told me. He cried because he felt so guilty, but he wanted release for his sins. I gave him what he needed most. I took his pain away. I can do that for you, too.

Retrieved from "https://heykidscomics.fandom.com/wiki/Azrael_Vol_2_7?oldid=1410819"
Community content is available under CC-BY-SA unless otherwise noted.