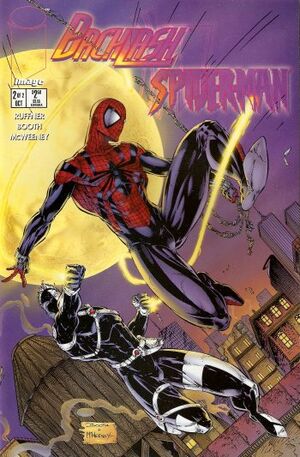 Venom has kidnapped Taboo, but realizing that her symbiote is of no relation to him or Carnage, understands Pike tricked him into doing his job for him. Meanwhile, Spidey and Backlash try to find a way to defeat Venom and Pike and save Taboo. Using a scrap of Venom's symbiote, they're able to track them down.

Retrieved from "https://heykidscomics.fandom.com/wiki/Backlash/Spider-Man_Vol_1_2?oldid=1566336"
Community content is available under CC-BY-SA unless otherwise noted.