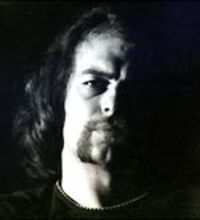 Barry Windsor-Smith (formerly known as Barry Smith), born May 25th, 1949 in Forest Gate, London, is a British comic book illustrator and painter whose best known for his work has been produced in the United States.

After doing some work for British publishers (notably drawing pin-ups of Marvel characters for the Odhams Power Comics line) in 1968, Windsor-Smith travelled to New York and presented himself at the offices of Marvel Comics. A suitably impressed Roy Thomas gave him the job of drawing an issue of X-Men, but with no studio and having been kicked out of his hotel, Windsor-Smith was forced to do the work sitting on park benches. The resulting pages secured Windsor-Smith further work with Marvel, even though he was sent back to England within the year as he had no work permit.

Initially credited as Barry Smith, he rose to prominence in the early 1970s as the original penciller for Marvel Comics' adaptation of Robert E. Howard's Conan the Barbarian character. At first drawing in a manner lifted from Jack Kirby, within a couple of years he developed a unique style for comics at the time, borrowing from pre-raphaelites such as Edward Burne-Jones and Dante Gabriel Rossetti (whose influence would saturate Windsor-Smith's artwork even more in later years). Along with writer Thomas, Smith adapted the Howard short stories "The Frost-Giant's Daughter", "Tower of the Elephant", "Rogues in the House", and "Red Nails". During their run together, Thomas and Smith also created original adventures and characters as well, including the flame-haired warrior-woman, Red Sonja, loosely based on Red Sonya, a character from one of Howard's non-Conan stories.

Shortly thereafter, Smith left comics, added Windsor to his professional name, and began to pursue a career in fine art (although he has returned to the comics field several times since). Granted residential status in the United States, Windsor-Smith in 1974 set up Gorblimey Press, through which he released limited-edition prints of fantasy-based subjects that proved popular. As well, he was one of the four comic book artists-turned-fine-illustrator/painters who, along with Jeff Jones, Mike Kaluta and Bernie Wrightson, formed a small artist's loft commune in 1975 known as "The Studio". By 1979 they'd produced enough material to issue a handsome art book under the name "The Studio", which was published by Dragon Dreams. By this point, Windsor-Smith had fully embraced a symbolist and Pre-Raphaelitism aesthetic.

Windsor-Smith returned to Marvel in the 1980s as the artist of a Machine Man limited series, and as the writer and artist of the serialized "Weapon X" feature in Marvel Comics Presents. The latter was Windsor-Smith's own, original conception of the origin of the X-Men character Wolverine. During this period he also produced a well-regarded story featuring The Thing and Human Torch that was published in Marvel Fanfare.

He did some work for Malibu's Ultraverse line as well as for Dark Horse Comics. At Dark Horse Windsor-Smith created an oversized series, Barry Windsor-Smith: Storyteller, that contained three ongoing features: "The Paradoxman," "Young GODS," and "The Freebooters," that last a lightheard action series about a Conan-like character grown older and heavier and now running a tavern. The comic book was cancelled after nine issues; Fantagraphics Books has issued hardcover collections of Young GODS and The Freebooters, and The Paradoxman is expected to be released in 2006. Each of these hardcover volumes includes supplemental features, essays and previously unseen art.

Fantagraphics has also published Windsor-Smith's Adastra in Africa, a hardcover starring a character from "Young GODS" in a story originally intended to be Lifedeath III of Marvel's The Uncanny X-Men with the character Storm. Fantagraphics has also published Opus, a series of hardcover art books featuring Windsor-Smith's work from throughout his career. These volumes also include his ongoing autobiographical story "Time Rise," which features details of his extraordinary experiences with seemingly paranormal phenomena.

In January of 2006, BWS announced on the website Comic Book Galaxy that he is in negotiations to publish a graphic novel at Marvel Comics about the character The Thing.

Barry Windsor-Smith has been recognized for his work with several awards and nominations. He was nominated for the Shazam Award for Superior Achievement by an Individual in 1974. He also received nominations for the Comics' Buyer's Guide Favorite Colorist Award in 1997 and 1998.