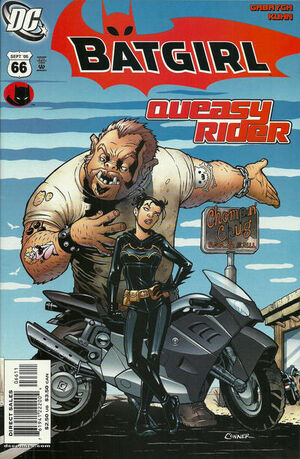 Cassandra Cain sets out to find the truth behind her parentage, hitting the road biker style. And wouldn't you know it, this little outing isn't as straight-forward as it sounds...

Retrieved from "https://heykidscomics.fandom.com/wiki/Batgirl_Vol_1_66?oldid=1483535"
Community content is available under CC-BY-SA unless otherwise noted.