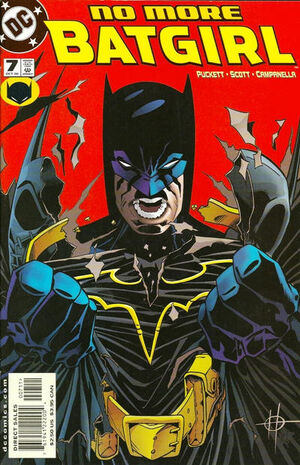 A special ability to predict my opponent's moves. That doesn't begin to describe it. Time... ran together. The future... blending into the moment. A blink of an eye... the knife thrust that follows... both one. It was like... like I could predict my opponent's moves. Okay, that does describe it. But it doesn't do it justice. All this knowledge. No substitute for knowing.

Retrieved from "https://heykidscomics.fandom.com/wiki/Batgirl_Vol_1_7?oldid=1509322"
Community content is available under CC-BY-SA unless otherwise noted.