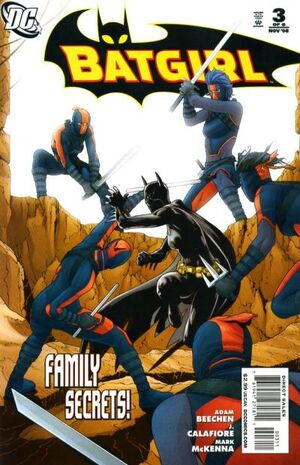 There are lives at stake, Barbara. Not just the ones of people we don't like, like Slade and Cain, but Cassandra's too-- Did you think of that?!

Ravager convinces Batgirl that Deathstroke is hers to take care of, since he is her father. Meanwhile, Batgirl's father has plans for his daughter. He sends three of his children to deal with Batgirl, Ravager, and Marque.

Retrieved from "https://heykidscomics.fandom.com/wiki/Batgirl_Vol_2_3?oldid=1510523"
Community content is available under CC-BY-SA unless otherwise noted.