Part of the 'Batman: Reborn' event 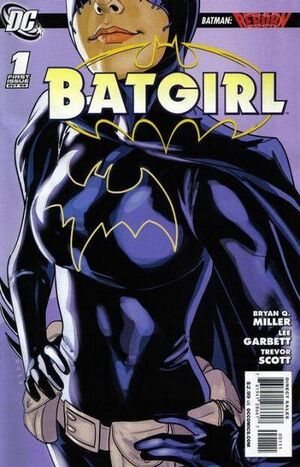 I fought for him. But no more. Now, the fight is yours...

In the wake of "Batman R.I.P." and Battle for the Cowl, a new heroine has emerged in Gotham City, and as she begins her nocturnal crusade to take back the night, she will truly learn what it means to wear the mantle of the Bat. But who is this young woman, and why has she donned the cape and cowl?

Retrieved from "https://heykidscomics.fandom.com/wiki/Batgirl_Vol_3_1?oldid=1411739"
Community content is available under CC-BY-SA unless otherwise noted.