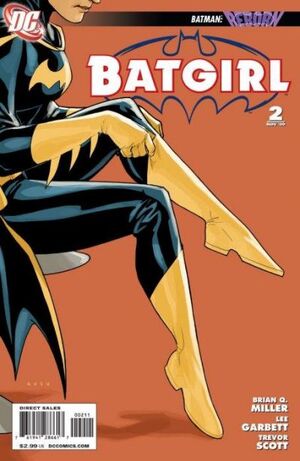 Wearing that bat on your chest might scare off smaller thugs... but you're literally asking, no, begging for attention from more dangerous criminals. You're a mark for anyone who wants to make theirs, Stephanie.

As the new Batgirl continues her nightly mission, the mystery of her secret identity intensifies. Now she has become the target of both Gotham City's heroes (who don't take kindly to a new person wearing the cape and the cowl) and its villains (who want to see the entire Batman Family six feet under)!

Retrieved from "https://heykidscomics.fandom.com/wiki/Batgirl_Vol_3_2?oldid=1506729"
Community content is available under CC-BY-SA unless otherwise noted.