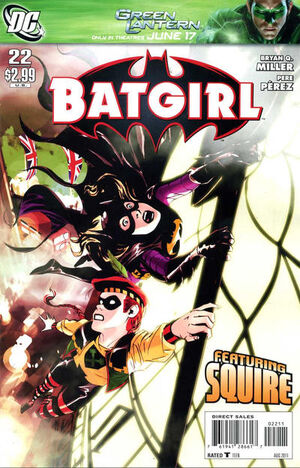 When Stephanie Brown arrives in London for a top-secret Batman Incorporated assignment, jet lag, lost luggage and those terribly difficult accents are the least of Batgirl's problems – the actual Greenwich Mean has been stolen, and as all of London literally grinds to a halt, it's up to Batgirl and Squire to save the United Kingdom! Tally-ho!

Retrieved from "https://heykidscomics.fandom.com/wiki/Batgirl_Vol_3_22?oldid=1665723"
Community content is available under CC-BY-SA unless otherwise noted.