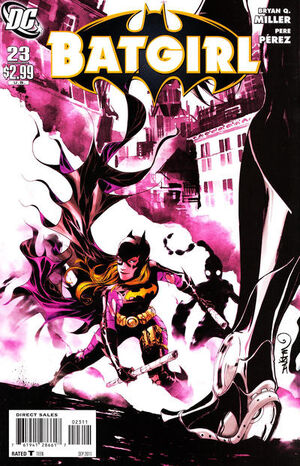 They say a watched pot never boils. But they never say what happens when you ignore the pot entirely.

Appearing in "Here Endeth the Lesson"Edit

"Screwed" takes on a whole new meaning for Stephanie Brown as The Reapers speed up their nefarious plan, going toe-to-toe with Batgirl in the heart of Blackgate. But who are the Reapers working for, and why? Answers to both those questions and more await Batgirl as "The Lesson" concludes.

Retrieved from "https://heykidscomics.fandom.com/wiki/Batgirl_Vol_3_23?oldid=1411760"
Community content is available under CC-BY-SA unless otherwise noted.