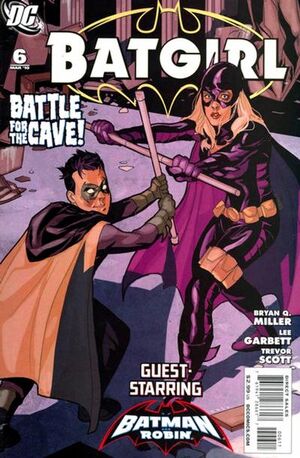 In "Core Requirements" part 2, Stephanie Brown finds herself teamed up with Damian Wayne! The new Batgirl and the new Robin must enter an area of Gotham City known to Gothamites as Devil's Square, but to the residents, it's called "Thunderdome"! Their mission: to save innocent civilians from being used in a real-life game of life and death!

Retrieved from "https://heykidscomics.fandom.com/wiki/Batgirl_Vol_3_6?oldid=1671944"
Community content is available under CC-BY-SA unless otherwise noted.