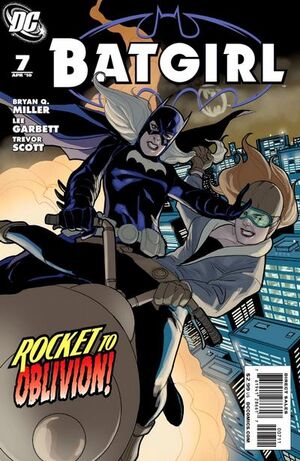 In "Core Requirements pt 3" the situation is dire as Batgirl and Robin must venture into the devil's Square in an attempt to save Batman before Roulette's "most dangerous game" turns deadly. Guest-starring Dr. Phosphorus, Roxy Rocket and Riot, and more!

Retrieved from "https://heykidscomics.fandom.com/wiki/Batgirl_Vol_3_7?oldid=1673395"
Community content is available under CC-BY-SA unless otherwise noted.