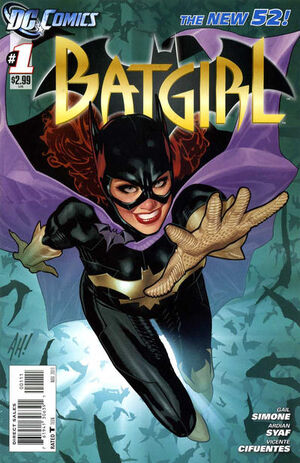 Barbara Gordon is back as Batgirl – and she's going to have to face the city's most horrifying new villains as well as the dark secrets from her past. You won't want to miss this stunning debut issue from fan-favorite BIRDS OF PREY writer Gail Simone!

Retrieved from "https://heykidscomics.fandom.com/wiki/Batgirl_Vol_4_1?oldid=1661694"
Community content is available under CC-BY-SA unless otherwise noted.