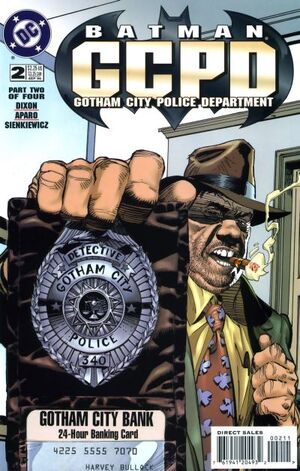 I'm glad I became a cop, Mellonshaw. I'm proud of it. It means I don't become something like you.

All of the Major Crimes Unit's investigations continue. The Teddy Bear Murders claim another victim, and Soong discovers a connection between the victims: they all donated to a particular sperm bank at around the same time as each other. He and Bullock, who has been ordered to attend a psychiatric evaluation, visit the sperm bank and obtain a list of their donors and clients. Meanwhile, Hendricks continues his sleuthing into the matter of who is stealing office supplies, but Kitch and Sallucci can proceed no further with their investigation. The robbers have killed a married couple, as well as one of their own, but George Mellonshaw continued to block any investigation through his contact with the gang, to their great frustration.

Posing as Pacienta Trujillo, Renée Montoya is taken by surprise at a dress shop. Officer Foley is attacked and she is kidnapped. The officers assigned to protect her - Mott, Sanchez, Essen and Bock, are unable to follow them due to a major traffic accident. Later, Cell Six deliver their demands - unless Ambassador Trujillo pulls out of making a speech to the United Nations, they will kill his wife. He tells the Major Crimes Unit that he has no intention of conceding to their demands, and that his position would be exactly the same if it really was his wife that the terrorists had kidnapped.

Retrieved from "https://heykidscomics.fandom.com/wiki/Batman:_GCPD_Vol_1_2?oldid=1504550"
Community content is available under CC-BY-SA unless otherwise noted.