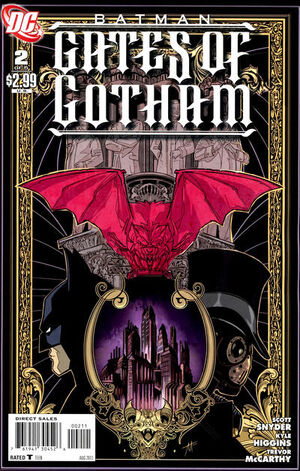 Appearing in "The Four Families of Gotham"Edit

Murder, mayhem and the building of an empire! Issue #2 throttles up the action as Batman tries to find the source of the attacks before the killer can strike again. But with the reveal of the fourth family of Gotham City and an old case from the early days of the city, is Batman playing right into the villain's hands?

Retrieved from "https://heykidscomics.fandom.com/wiki/Batman:_Gates_of_Gotham_Vol_1_2?oldid=1661748"
Community content is available under CC-BY-SA unless otherwise noted.