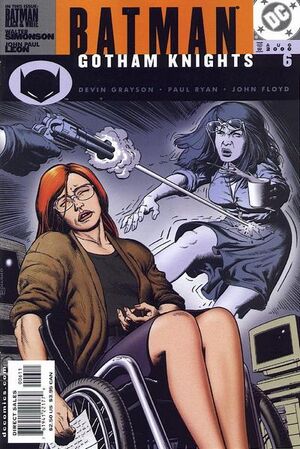 The eccentric Sir Richard Pettifogger dies, and according to local legend, he possessed Lewis Carroll's answer to a famous unsolved riddle. The Riddler breaks into Pettifogger's house and reads what seems to be the answer. But he then discovers that Batman has gotten there before him, and replaced the (presumed) correct answer with a different answer which Batman himself composed.

Retrieved from "https://heykidscomics.fandom.com/wiki/Batman:_Gotham_Knights_Vol_1_6?oldid=1411288"
Community content is available under CC-BY-SA unless otherwise noted.