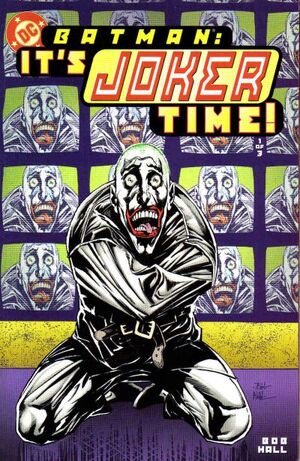 Joker's shrink in Arkham Asylum numbs his mind by making him watch a constant barrage of the Barry Dancer Show (a parody of The Jerry Springer Show), and when the clown prince of crime escapes, he manages to appear live on the show to face off with his TV nemesis.

Retrieved from "https://heykidscomics.fandom.com/wiki/Batman:_It%27s_Joker_Time_Vol_1_1?oldid=1413530"
Community content is available under CC-BY-SA unless otherwise noted.