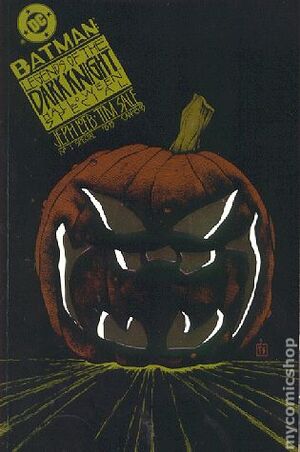 During the story "Choices", Batman is hunting down and trying to capture Scarecrow, with Scarecrow finally being caught at the end. As the alternate title "Fears" suggests, fear plays a large role in the story, with Batman nearly dying of fear while trapped in a large, poisonous, thorn maze.

Retrieved from "https://heykidscomics.fandom.com/wiki/Batman:_Legends_of_the_Dark_Knight_Halloween_Special_Vol_1_1?oldid=1699662"
Community content is available under CC-BY-SA unless otherwise noted.