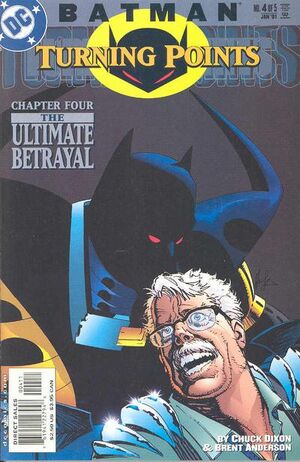 Chuck Dixon, who wrote this issue, wrote both Detective Comics and Robin during the period that the story is set in.

Retrieved from "https://heykidscomics.fandom.com/wiki/Batman:_Turning_Points_Vol_1_4?oldid=1672118"
Community content is available under CC-BY-SA unless otherwise noted.