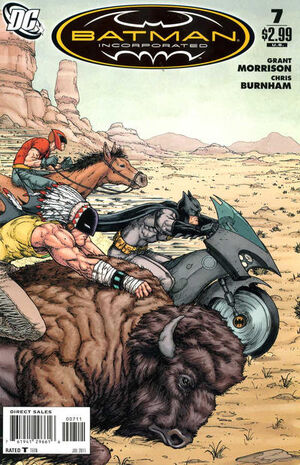 Man-of-Bats and his protege, Raven Red, continue to aid the Dark Knight in tracking down a shadowy, sophisticated killer. Will these two members of The Club of Heroes become the newest additions to BATMAN INCORPORATED? Or will they die before they can even be offered the chance?

Retrieved from "https://heykidscomics.fandom.com/wiki/Batman_Incorporated_Vol_1_7?oldid=1665717"
Community content is available under CC-BY-SA unless otherwise noted.