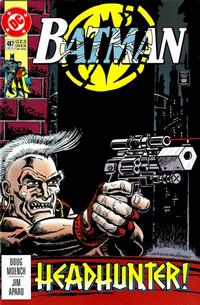 Appearing in "Box of Blood"Edit

Synopsis for "Box of Blood"Edit

One week passes between pages 3 and 4 of this issue. Morelli appears only in the first section; Batman, Robin and Alfred appear in both; all other characters appear only in the second [by which time James Gordon and Sarah Essen have become husband and wife].

Retrieved from "https://heykidscomics.fandom.com/wiki/Batman_Vol_1_487?oldid=1672081"
Community content is available under CC-BY-SA unless otherwise noted.