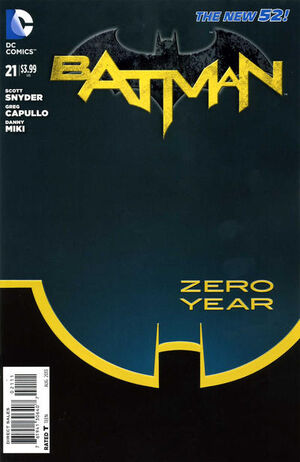 Synopsis for "Where the Hell did he learn to drive?!"Edit

At the age of 19, Bruce Wayne had spent the last six weeks learning stunt-driving with a man named Miguel in Rio de Janeiro. Unfortunately, the lesson of the day was more difficult than previous ones, as it eschewed all of the lessons he had learned about colour cover and crowd ducking in favour of an overt, high-speed police chase in a very conspicuous car. Grinning, Miguel had explained that when the police see a car like this, they would fail to catch the driver because, deep down, they wouldn't want to. They'd want to chase, but not catch.

Despite selecting Miguel as his teacher, Bruce did not approve of the man's penchant for thievery. In this case, he had stolen some heavy artillery, and intended to test it out on the otherwise innocent police officers who were chasing them down for that theft. Rather than let Miguel kill anybody, Bruce switched gears suddenly, and smashed the car through the front doors of an opera house. As the car stalled in a heap, Miguel swore he would not be trapped, quickly regretting his decision to train Bruce. This was just as well for Bruce, who laid his now-former teacher flat with a punch. Miguel had killed twenty-three police officers in thirteen countries over the last three years, and now he would face justice at last. Meanwhile, Bruce escaped without garnering any notice.

Retrieved from "https://heykidscomics.fandom.com/wiki/Batman_Vol_2_21?oldid=1660509"
Community content is available under CC-BY-SA unless otherwise noted.