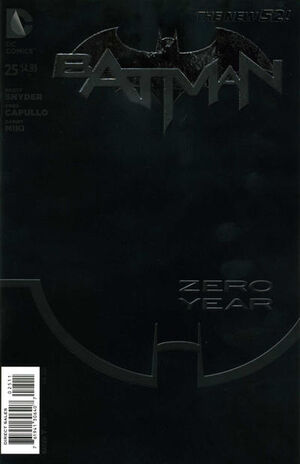 Synopsis for "People in the Dark"Edit

Harper Row and her brother Cullen have been struggling to survive the blackout with their absentee father. He had promised to find a way to put on a light for little Cullen, who is afraid of the dark, but now, his only concern seems to be having a drink with his friends, leaving Cullen to fend for himself.

After their father leaves in anger, Harper tucks Cullen into bed, reminding him of what she had told him when his flashlight went out while camping some time ago. She had said that the darkness was in his head, which is why it was so scary - because he couldn't see her. She admits that while the dark is scary, she is there. Now, the whole city is in the dark, and everybody is scared, but there are people there who are helping; people who are standing up to the bad things hiding in the dark. Even though neither she nor Cullen can see those helpers, out there, they're there. Back in their tent, Harper herself had been too scared to find their way back to their grandmother's house in the dark, but Cullen had remembered the way. He'd been able to use what she told them to be strong like those people helping now.

All the while, as she tells him this, Harper manages to wire the lamp beside Cullen's bed to a battery, and she flicks it on, finally. After hearing what she said to him, though, Cullen has the courage to sleep with the light off. Sighing, Harper turns it off, kisses him on the forehead, and tells him she loves him.

Retrieved from "https://heykidscomics.fandom.com/wiki/Batman_Vol_2_25?oldid=1660518"
Community content is available under CC-BY-SA unless otherwise noted.