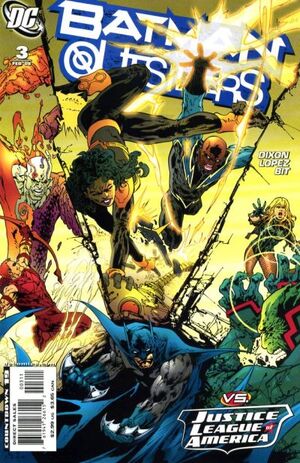 You know better than to force my hand.

, better known as Man-Bat. He was abducted during the events of Salvation Run and deported to another planet by the Suicide Squad.[1]

Retrieved from "https://heykidscomics.fandom.com/wiki/Batman_and_the_Outsiders_Vol_2_3?oldid=1520531"
Community content is available under CC-BY-SA unless otherwise noted.