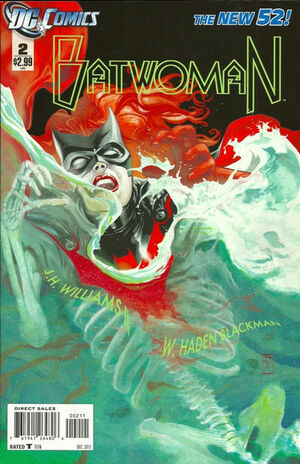 Can Batwoman stop the new evil rising from the damp back alleys of Gotham’s barrios? And overcome the many challenges she faces as both Batwoman and Kate Kane? 2011’s most anticipated new series intensifies in this exciting second issue!

Retrieved from "https://heykidscomics.fandom.com/wiki/Batwoman_Vol_2_2?oldid=1660214"
Community content is available under CC-BY-SA unless otherwise noted.