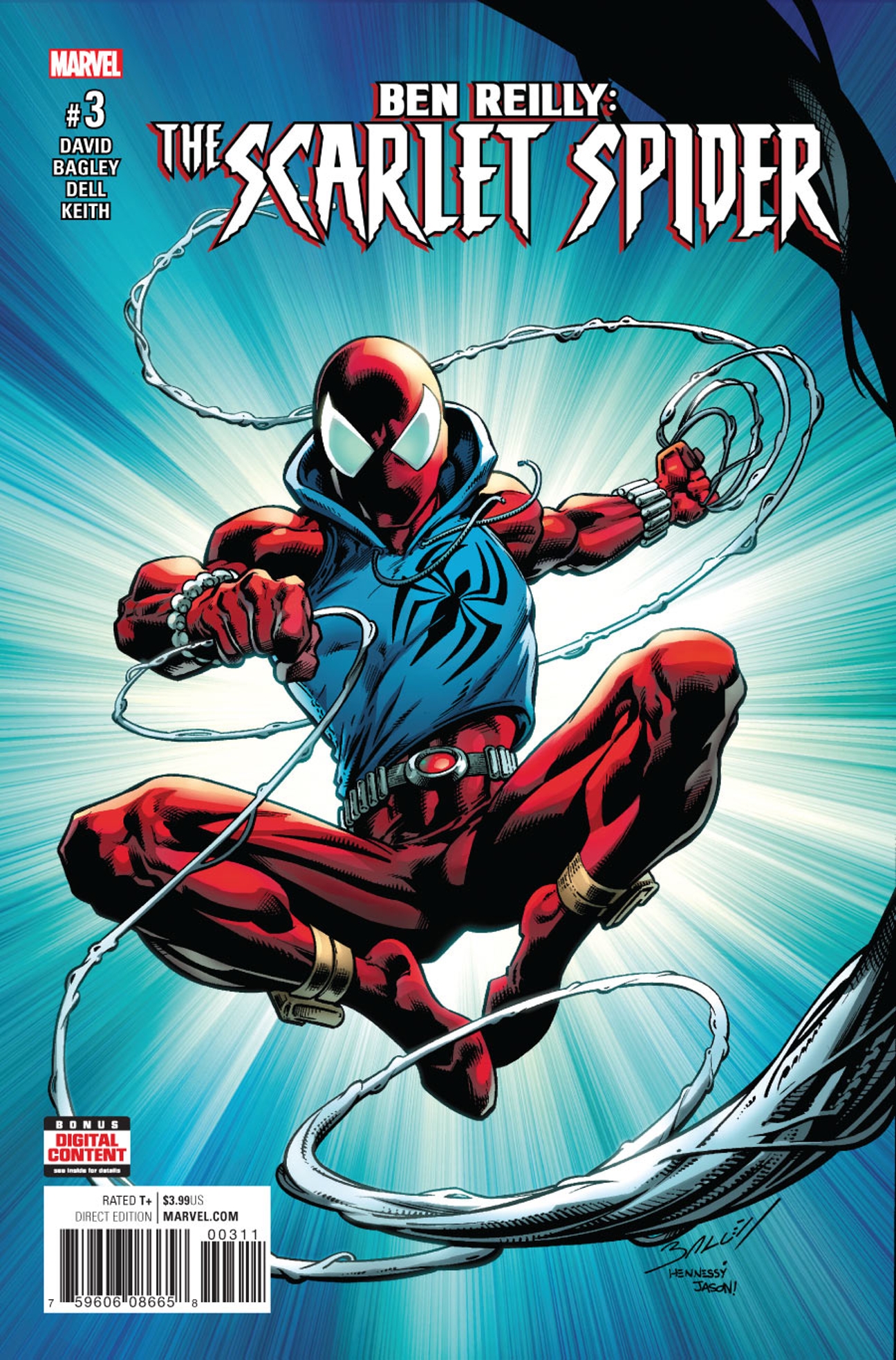 • BECAUSE YOU DEMANDED IT — Ben’s back in his classic threads!

• We hope it’ll make a difference, because the Scarlet Spider’s at odds with a deeply connected crime lord and her impervious consigliere.

• And will Kaine finally catch up to his clone-brother?!

Retrieved from "https://heykidscomics.fandom.com/wiki/Ben_Reilly:_Scarlet_Spider_Vol_1_3?oldid=1652430"
Community content is available under CC-BY-SA unless otherwise noted.