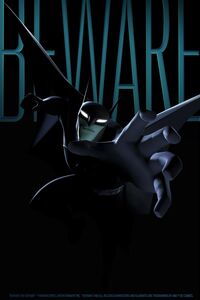 Beware the Batman is a animated series released in 2013. It also has a tie-in comic.

The series was abrubtly pulled in October 2013, after only 11 episodes had aired. The next two episodes were first made available when the first part of season 1 was put on DVD on Feabruary 18, 2014. The four episodes after that aired on New Zealand television in March, and the remainder of the season was dumped on Amazon UK on April 16. The series was moved to Toonami in May, which reaired all episodes. The series was written off completely in September, with the last seven episodes airing in the early hours of September 28.