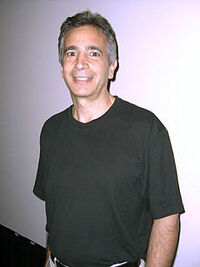 Bill Jemas is a founding partner at 360ep, a management firm dedicated to cross-pollinating entertainment properties against various forms of media, such as film, video games, comic books and consumer products.

Jemas is a former publisher of Marvel Comics and continued to work with Marvel in a non-executive capacity until mid-2004. He also wrote or co-wrote Marvel comic books including Namor the Sub-Mariner, Origin, and Marville, although Gail Simone wrote on her blog Bloodstains on the Looking Glass that she ghost wrote for Jemas during his tenure at Marvel. She does not specify the titles but denies that Marville is one.[1]

Jemas received a Bachelor of Arts degree from Rutgers University in 1980 and a Juris Doctor from Harvard Law School in 1983.

He was appointed president of Consumer Products, Publishing and New Media by Marvel Comics in January, 2000. During his tenure as publisher, with Editor-in-Chief; Joe Quesada, the company experienced a rapid growth in profitability and critical acclaim. However his tendencies towards micromanagement and conscious stirring-up of the fan community made him a controversial figure.

Notable successes during his tenure included the creation of the Ultimate Marvel Universe and the general revitalization of Marvel's properties such as Spider-Man and the X-Men. Other, later initiatives, such the titles Trouble, Rawhide Kid, Marville and The Call were less successful.

Retrieved from "https://heykidscomics.fandom.com/wiki/Bill_Jemas?oldid=220272"
Community content is available under CC-BY-SA unless otherwise noted.