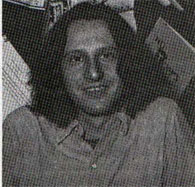 William Timothy Mantlo was born on November 9, 1951. He graduated from the High School of Art and Design and the Cooper Union School of Art, both in New York City. In 1974 he went to work for Marvel as a colorist and worked on several issues that appeared between October 1974 and April 1975. He then switched to writing, and he never looked back. In the next dozen years he would script for almost every hero in the Marvel line. He is also the husband of letterer Karen Mantlo.

Mantlo secured a place in Marvel history, in part, thanks to toys. Allegedly, he saw a line of action figures in a store and could not wait to write their adventures. He convinced the editor in chief at that time, Jim Shooter, to get the comics license for these toys, called Micronauts. With the recent release of Star Wars, the Micronauts title could easily have turned into derivative space opera. Instead, it won the Eagle Award for best new comic of 1978. Mantlo and Mike Golden (the artist on Micronauts) took a few bits of colorful plastic and built an entire (subatomic) universe around them with its own history, mythology, personalities, and even an alphabet. In the same way, Mantlo turned an uninspired toy called Rom into a cosmic odyssey about chivalry, alienation (literal and figurative), and what it means to be human.

Other successes included a superhero pair he created, whom he called Cloak and Dagger. They are opposites in many ways: he a black male with a shadow-filled cloak, she a white female who throws daggers of light. Like many of Mantlo's stories, Cloak and Dagger's are often gritty and deal with life on the streets. Their powers, for instance, appeared when they were kidnapped and given an experimental recreational drug.

"Boisterous Bill" had notable runs on established titles as well, including The Incredible Hulk, Iron Man, Peter Parker: The Spectacular Spider-Man, and Alpha Flight. Mantlo did not always have the time to polish his stories, but he made up for it with strong characterization, tight plotting, and endless inventiveness. Like most writers, with the right ingredients he could produce a great story; unlike most writers, when lacking those ingredients he never produced a bad one.

Writing for comics, as it turned out, was only a means to an end for Mantlo. When he had enough money for law school, he cut back on writing to attend classes. After graduation, he became a public defender in New York City and stopped writing altogether.

On July 17th 1992 Bill was hit by a car while rollerblading. The driver, who fled the scene, has never been identified. Bill was not wearing a helmet. His head hit the car's windshield before he fell to the street. Bill went into a coma that lasted for two weeks. When he recovered, he still knew his friends, family, and himself. After years of therapy, however, it was determined he would never fully recover. Bill has since regressed and now lives in Queens Nassau Nursing Home where he must have 24-hour assistance. Bill's care has long since used up his health insurance. David Yurkovich is preparing to publish The Bill Mantlo Benefit Book, which should go to press in early 2007. You can learn about it here. Proceeds will go toward Mantlo's medical expenses. In addition, Floating World Comics has sponsored a Spacenight: A Tribute to Bill Mantlo, an art show made (almost) entirely of various artist's interpretations of Rom, to help raise funds.

Those wishing to make direct donations may send them to Bill's brother Michael.