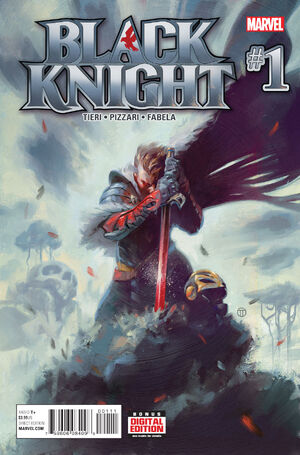 Appearing in "Comes the Darkness!"Edit

Everyone knows the story of King Arthur and his legendary sword Excalibur, but have you heard of Excalibur's evil counterpart Chaos the Doombringer? Travel back in time with Marvel Digital Comics Unlimited and discover the origin of the Black Knight

Retrieved from "https://heykidscomics.fandom.com/wiki/Black_Knight_Vol_3_1?oldid=1415733"
Community content is available under CC-BY-SA unless otherwise noted.