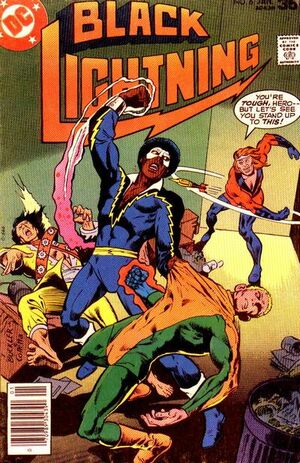 Appearing in "One Man's Poison!"Edit

Synopsis for "One Man's Poison!"Edit

Black Lightning is captured by Syonide and his two partners, is about to be turned over to the 100, and learns that Peter Gambi may have killed his father.

Retrieved from "https://heykidscomics.fandom.com/wiki/Black_Lightning_Vol_1_6?oldid=1415187"
Community content is available under CC-BY-SA unless otherwise noted.