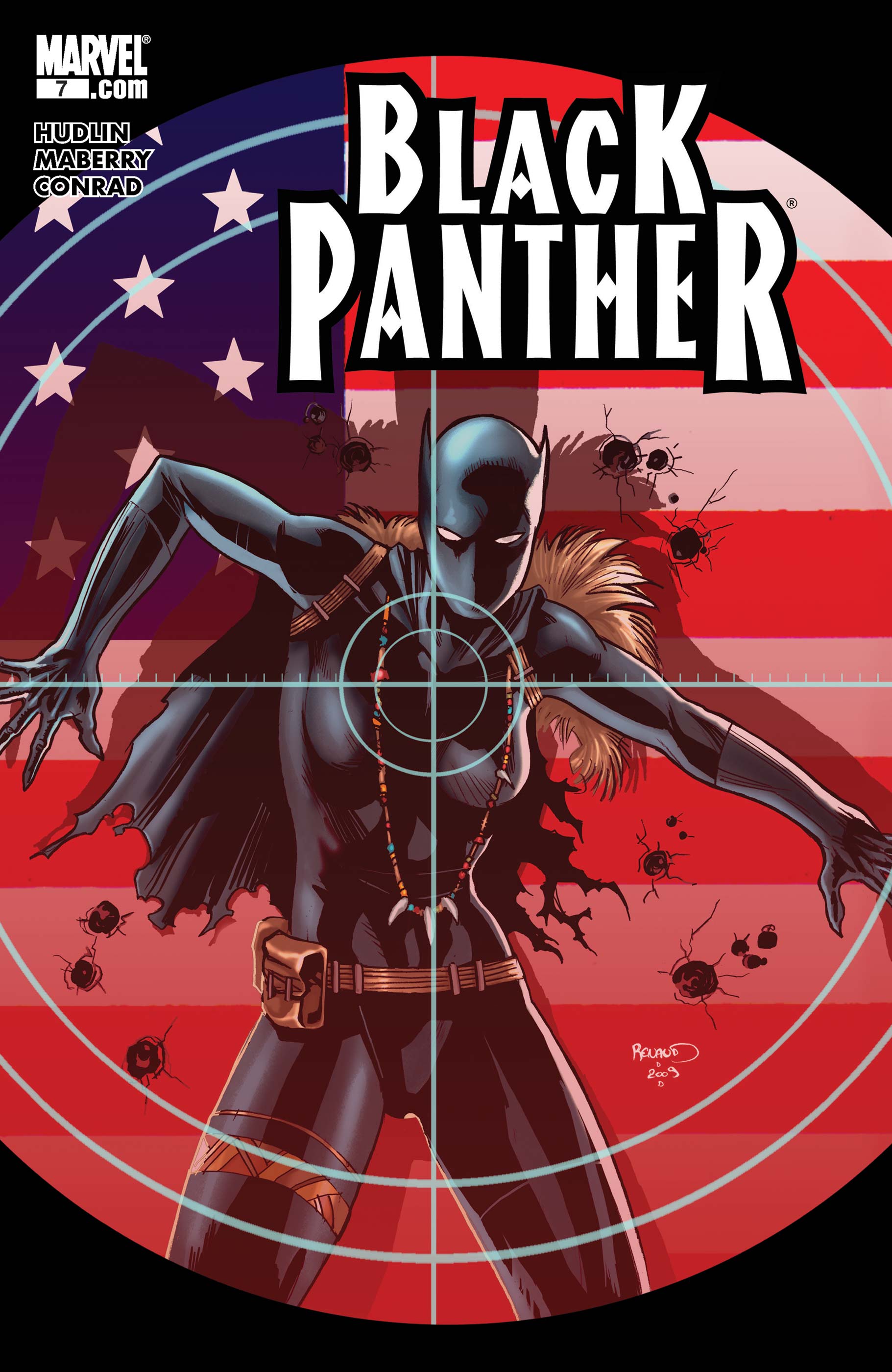 Wakanda has been attacked on every front. Heroes have fallen, old alliances have been betrayed, the country is in turmoil. Now is the time for the new Black Panther to rise and make a stand against threats both foreign and domestic. “Power” is a bold new direction for the Panther, written by celebrated producer-director Reginald Hudlin and multiple Bram Stoker Award-winning author Jonathan Maberry (Patient Zero, PUNISHER: NAKED KILL). New game, new rules, and lots of surprises as the new Black Panther is set on a collision course with one of the Marvel Universe’s most feared and powerful beings.

Retrieved from "https://heykidscomics.fandom.com/wiki/Black_Panther_Vol_5_7?oldid=1640852"
Community content is available under CC-BY-SA unless otherwise noted.