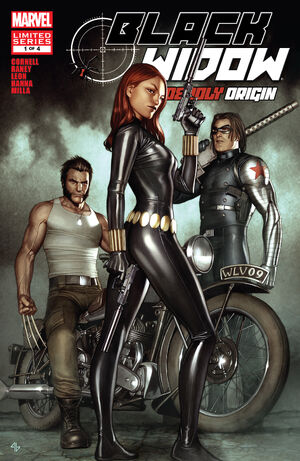 Before she steals the world's heart in Iron Man II, get caught in the wicked web of Marvel's sexiest and deadliest super-spy! She's been everything from a Russian espionage agent to a Champion to an Avenger, now a skeleton from Natalia Romanova's past is reaching out for those she's loved and lost...and the Black Widow has many victims to choose from! From the frozen streets of Moscow to the upper stratosphere, writer Paul Cornell (CAPTAIN BRITAIN & MI3) and artists Tom Raney (DARK REIGN: HAWKEYE) and John Paul Leon (The Winter Men) deliver a globe-hopping, bone-breaking, high-tech thriller that reveals how Natalia's shadowy past threatens all she now holds dear. Guest-starring the Winter Soldier and Wolverine!