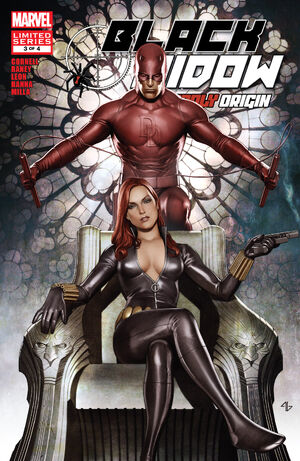 Time is running out for the on-the-run Black Widow as the sinister Icepick Protocol sets Clint Barton against Mockingbird—and Hercules against everybody! With flashbacks to her days with Daredevil and the Champions, and the final revelation of who is trying to destroy her life, the clock is ticking on Natasha’s life!

Retrieved from "https://heykidscomics.fandom.com/wiki/Black_Widow:_Deadly_Origin_Vol_1_3?oldid=1732770"
Community content is available under CC-BY-SA unless otherwise noted.