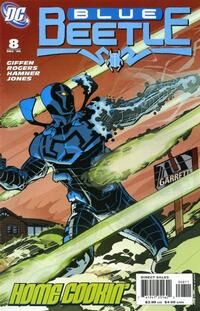 M-hmm. M-hmm. Collateral damage has always been a part of the legacy. Unfortunate, that.

There are 22 pages of comic, ignoring the adverts and DC Nation. Panels are counted from the top down, left to right.