Part of the 'The New 52', and 'Blue Beetle: Metamorphosis' events 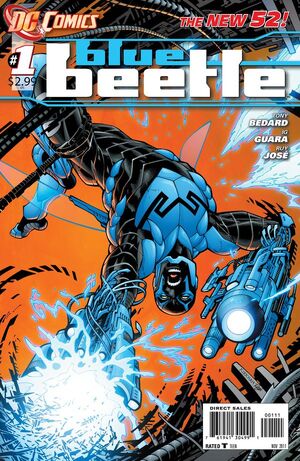 It's not easy being Jaime Reyes. He has to deal with high school, family and all the drama that comes with being a teenager. Also, he's linked to a powerful scarab created by an alien race known as the Reach who seek to subjugate planets – or annihilate them. It's up to one teen hero to turn this instrument of destruction into a force for good.

Retrieved from "https://heykidscomics.fandom.com/wiki/Blue_Beetle_Vol_8_1?oldid=1661867"
Community content is available under CC-BY-SA unless otherwise noted.