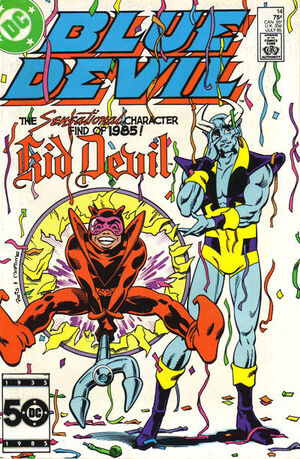 Appearing in "Too Many Devils!"Edit

Synopsis for "Too Many Devils!"Edit

Just as Gopher appears in a “Kid Devil” suit he has built from adapting Dan Cassidy’s suit specs, the plane in which his parents are flying is hijacked, and he joins the Blue Devil to save them.

Retrieved from "https://heykidscomics.fandom.com/wiki/Blue_Devil_Vol_1_14?oldid=1413782"
Community content is available under CC-BY-SA unless otherwise noted.