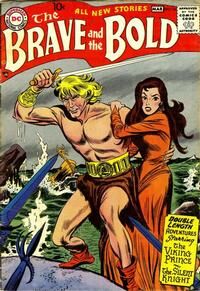 Appearing in "The Trap of Sir Hawk!"Edit

Synopsis for "The Trap of Sir Hawk!"Edit

A tyrant known as Sir Hawk begins patrolling the forest, emptying travellers of their coin pouches. When he kidnaps the fair Celia, it's up to the Silent Knight to follow him back to his castle and defeat him in combat.

Appearing in "The Viking and the Mermaid!"Edit

Synopsis for "The Viking and the Mermaid!"Edit

In a different tale of the Viking Prince, Jon must complete the 12 tasks of Thor before he can inherit his father's throne. The firts three tasks, to defeat a giant, to rob an Ice Demon of it's helmet and fill it with fire, and to rescue a mermaiden from the deep sea.