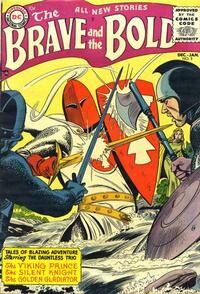 Appearing in "The Invisible Wall!"Edit

Synopsis for "The Invisible Wall!"Edit

Marcus visits his home village and sees that all the houses have their doors and windows bolted shut. Marcus finds an old member of the village council and asked what's going on. The old man tells him that word was recieved about the impending arrival of Crassus the Conqueror, who was on his way to loot the sacred treasures of their temple. The men of the village are out in their fishing vessels, so it's up to Marcus to figure out a way to stop Crassus and his men.

The children that were just previously play-swordfighting in the road, decide they want to help Marcus stop the bad guys. As Marcus stands vigil over the sea, watching for ships, the children approach him with their offer of aid. He was apprehensive of the idea at first, not wanting to risk the children's lives, but they persisted, and Marcus finally agrees. He first sends young Flavius, whose father fashions model boats, to fetch him one. Then Marcus asks Augustus, the son of a tailor, to sew a sail for the boat. Cassius is sent to get a kettle of embers from his father's smithy. An enemy ship draws near as the kids return with the items. Marcus takes the small model boat and opens it up to pour the burning embers inside. Then attaching the sail, Marcus sends the small boat on a collision course with the enemy vessel. Thinking it's just a child's toy, the men aboard the ship don't pay any mind to the model boat until it crashes into them, the embers within setting the ship on fire, causing it to sink!

Their victory is short-lived, though, for Cotta, the sheep herders son comes running, he saw Crassus and the invaders preparing an assault through the mountain pass. Thinking quickly, Marcus tells the children to strap a shield and sword on the side of each of the sheep and march them across the path on the side of the mountain above the pass. The clanging of the swords against shields as the herd moves along creates an effective illusion of armed soldiers, fooling the invaders below into thinking they are outnumbered and scaring them into retreat. All but Crassus who is not fooled by the maneuver. Marcus pounces on him and they draw swords. His time in the arena has honed Marcus' skill and he easily overpowers Crassus and defeats him. The conqueror is taken prisoner. Back at the village the people cheer for Marcus and the children, their "wall of courage".

Appearing in "The Hammer of Thor!"Edit

Synopsis for "The Hammer of Thor!"Edit

During one of his nightly strolls, Captain Olaf is attacked and captured by a group of vagabonds. A note is stuck to the door of Olaf's house, telling the village that unless Jon surrenders himself to the Baron Thorvald within three days, Olaf will die. Gunnda says that Jon may be able to gather a crew together to rescue her father before the three days are up. It was the only other option they had, so later that same day, Jon and a small company of men crewed one of their fishing boats to the castle of the Baron, night will have fallen by the time they reach the castle cliffside, giving them the cover of darkness. They used makeshift grappling hooks to climb up the side and take the enemy by surprise. Thorvald had been expecting this however, and instructed his soldiers to wait for the intruders atop the ramparts. Jon and the men are outnumbered and forced to retreat back into the sea!

Thorvald's trusted spy, Sardluk, has been shadowing Jon and Gunnda since the second day, intent on seeing that no more sneak attacks are planned. On the third day, the deadline day for Jon's surrender, Jon joins the fishermen in pulling up a strange hammer caught in their nets. Despite having been in the sea, there was no rust, and the hammer seemed in perfect condition. As the spy Sardluk looks on, Gunnda tells Jon that it may be the fabled hammer of Thor. She tells the story of how the mighty Thor created two hammers, and how though both were mighty, only one returned to his hand when he threw it, the other fell into the sea, never to be seen again... until now. Jon decides that he will try to trade Thor's hammer for Olaf's life. Sardluk makes haste back to Baron Thorvald's castle to inform him of the discovery, the power of the hammer would make Thorvald invincible and he'd easily be able to defeat Jon for the throne, then.

Jon arives with the hammer, ready to offer it for Olaf's life. Respecting the deal, Thorvald lets Olaf go, but when the hammer is in his hand, he tells Jon that he never promised his life, and threw the hammer towards Jon's head. A raised shield easily deflects the hammer, and the Baron is incredulous. But Jon knew that Sardluk had been watching him, and he had the villagers plant an ordinary hammer in the net and Gunnda tell the story so Sardluk could hear. Furious at being tricked, Thorvald takes up arms, his battleaxe versus the Viking Prince's "mighty hammer of Thor". Jon is surprisingly quick on his feet and is able to hold his own against the Baron, even with just a regular hammer. Then, as he often does, the Baron cheats by having one of his archers shoot the hammer out of Jon's hand! Thorvald picks up the weapon and raises it above his head, preparing to swing a fatal blow, when a one-in-a-million lightning strike hits the metal of the hammer,electrocuting Thorvald and knocking him unconciouss. Jon takes his leave of the castle before the guards can come out of their shock and give chase. Olaf waits outside and the two journey back to their village.

Appearing in "Challenge of the Black Lance!"Edit

Synopsis for "Challenge of the Black Lance!"Edit

Atop one of the castle walls, Brian Kent is moping after another invite by Oswald Bane to join the knightly ranks is denied him by Sir Grot's tampering. Just then a loud voice came from below, a knight on horseback, introducing himself as Cedric the Black, and issued a challenge by hurling his lance into the drawbridge. Sir Grot soon appears in armor to meet the challenge. From behind Brian, lady Celia watches with fear, worried that the aged Sir Grot will be killed if he rides against Cedric. Brian wastes no time, he leaps over the parapet and lands in the moat, climbs out, and flips two approaching men-at-arms over his shoulders into the murky waters! Grot watches his apprentice with pride, too distracted to see the black knight Cedric's lance coming toward him, resulting in him being roughly unsaddled. Brian, meanwhile, deals with two more of Cedric's men. He then sees the hawk, Slasher, trying to get his attention. The fair lady Celia has departed into the Forest Perilous, to find the Silent Knight and ask for his aid, not knowing that he was Brian's alter-ego.

With Slasher at his side, Brian follows Celia into the forest, but she is nowhere to be seen within. He does, however, spy the rest of Cedric's men hiding in the forest, waiting for their leader's call. Further in was a secret glade where the gear of the Shining Knight was hidden away. Brian changed into the armor, wearing the shield and sword at his side. He then tells his faithful companion, Slasher, to use his hawk vision to lead him to the lady Celia. The Shining Knight finds the fair damsel in a spot of distress, being held captive by Cedric and his men on horseback. A lance is thrown, but the Shining Knight blocks it with his shield, then as two of the horsemen rush him, he picks up the lance and uses it to knock them off their horses. Cedric grabs Celia and leads her away, into a river with a treachorous current. Here, Cedric makes his stand, turning and with one slash of his sword, disarms the knight! The Silent Knight held tightly to his shield, parrying every blow. Then, when Cedric least expected it, the Silent Knight rams into his foe with all his strength. Black knight Cedric has fallen, and what's left of his band flee!

After being escorted back to the castle, Celia asks the Silent Knight if she will see him again. Though he remains silent, she sees by his eyes that the answer is 'yes'. Later, while Brian and Celia visit Sir Grot, who is still recovering from his wounds, lady Celia notices something odd about Brian's eyes. But Brian replies they are only eyes, and not to give them too much thought...

Retrieved from "https://heykidscomics.fandom.com/wiki/Brave_and_the_Bold_Vol_1_3?oldid=1413877"
Community content is available under CC-BY-SA unless otherwise noted.