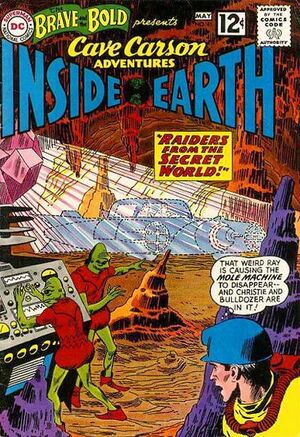 Appearing in "Raiders from the Secret World"Edit

Synopsis for "Raiders from the Secret World"Edit

Cave and his team come across beings from another dimension who are stealing gold and jewels from our world and selling it in theirs.

Retrieved from "https://heykidscomics.fandom.com/wiki/Brave_and_the_Bold_Vol_1_41?oldid=1413915"
Community content is available under CC-BY-SA unless otherwise noted.