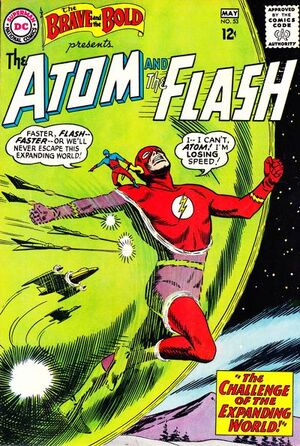 Appearing in "The Challenge of the Expanding World"Edit

Synopsis for "The Challenge of the Expanding World"Edit

A dictator manipulates the Atom into inadvertently causing his micro-world to expand and threaten Earth, but the Flash lends his tiny comrade a hand in dealing with the menace.

Retrieved from "https://heykidscomics.fandom.com/wiki/Brave_and_the_Bold_Vol_1_53?oldid=1413927"
Community content is available under CC-BY-SA unless otherwise noted.