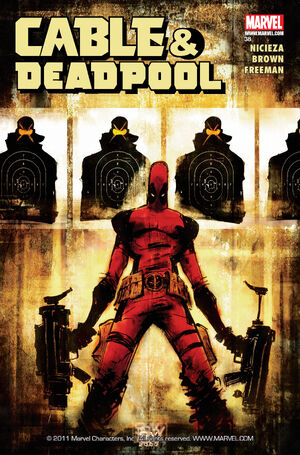 Appearing in "Unfinished Business: It's in the Genes" (Part 3 of 4)Edit

But... what will Deadpool do if, in the course of his making a big mess of Agent X's assignment, he finds out that Agent X is working on the side of the good guys?

Meanwhile, some very big subplot stuff with Cable that we're not telling you yet!

Retrieved from "https://heykidscomics.fandom.com/wiki/Cable_%26_Deadpool_Vol_1_38?oldid=1415988"
Community content is available under CC-BY-SA unless otherwise noted.