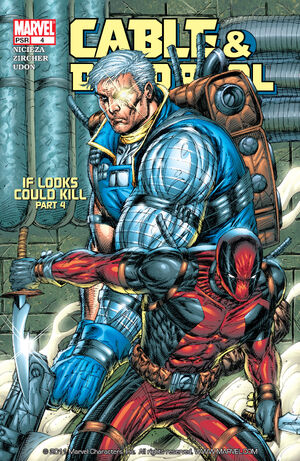 Appearing in "If Looks Could Kill" (Part 4)Edit

One of them can't access his mutant powers; the other one can't use his healing factor. But Cable and Deadpool are still going to fight -- not only for the sake of gratuitous, all-out action; but also for honor, the betterment of mankind and the well-being of puppies everywhere. (Okay, we made up the part about puppies.)

Retrieved from "https://heykidscomics.fandom.com/wiki/Cable_%26_Deadpool_Vol_1_4?oldid=1728236"
Community content is available under CC-BY-SA unless otherwise noted.