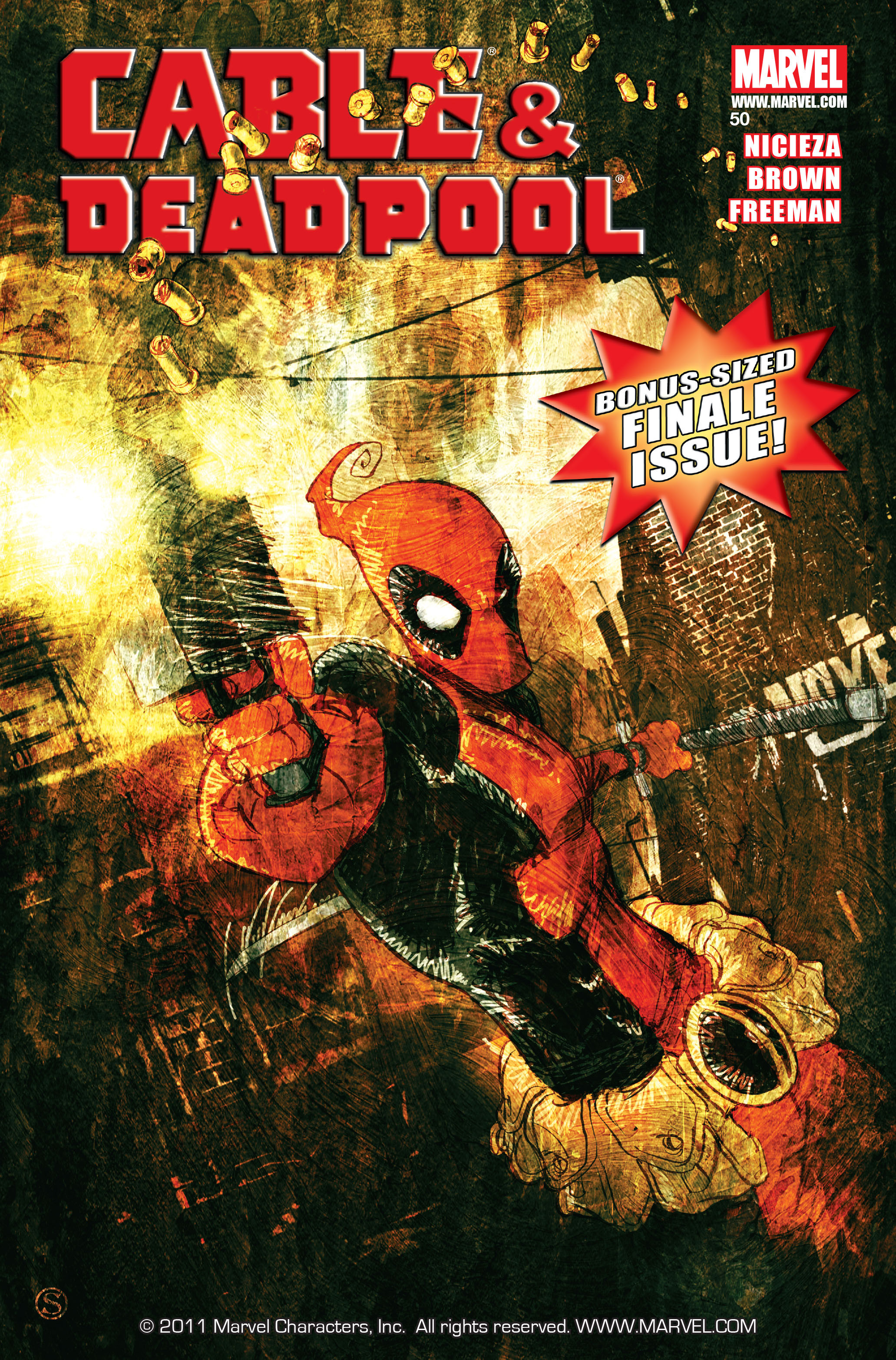 SERIES FINALE! Alien symbiotes plus dinosaurs equals what? A threat unlike anything you've ever seen! The dreaded VENOM SYMBIOTE has multiplied, and made some new friends of the prehistoric variety, giving the Merc with a Mouth his final opportunity to prove himself the ultimate hero -- or the ultimate villain! Guest staring SPIDER-MAN! The FANTASTIC FOUR! The MIGHTY AVENGERS! And of course, those lovable goons from AGENCY X!

Retrieved from "https://heykidscomics.fandom.com/wiki/Cable_%26_Deadpool_Vol_1_50?oldid=1723605"
Community content is available under CC-BY-SA unless otherwise noted.