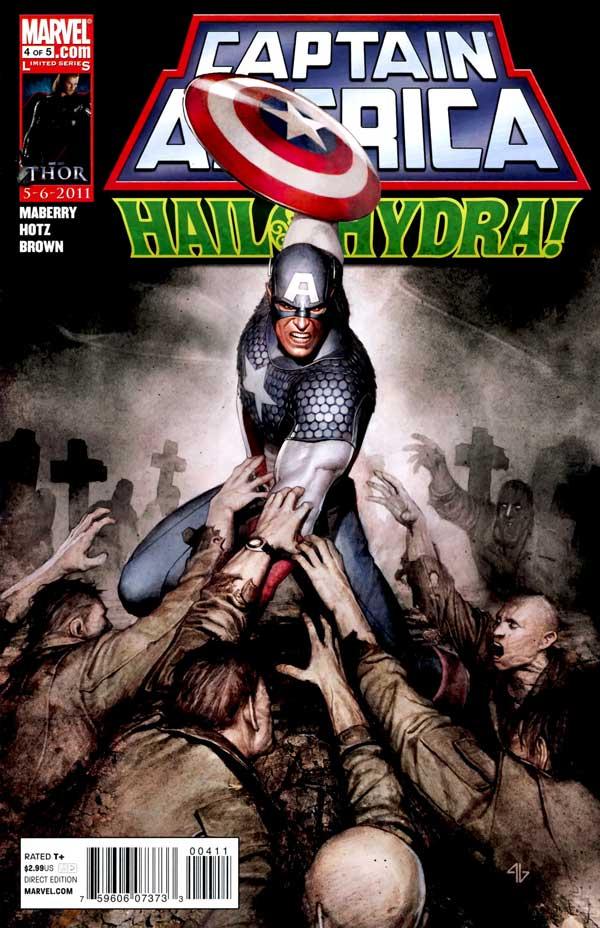 HYDRA ZOMBIES!
With a new and more powerful Resurrection Formula, Dr. Geist and Baron Strucker strike a blow at the very heart and soul of America. Cap—having been fired by the President and using the identify of ‘The Captain’, wages a secret war to stop Hydra before they can inflict the deepest of wounds on the American people. Jonathan Maberry welcomes Artist Kyle Hotz (Annihilation: Conquest) who brings his artistic magic to the mix as The Captain and an army of allies square off against a dreadful army of the dead!

Retrieved from "https://heykidscomics.fandom.com/wiki/Captain_America:_Hail_Hydra_Vol_1_4?oldid=1416924"
Community content is available under CC-BY-SA unless otherwise noted.