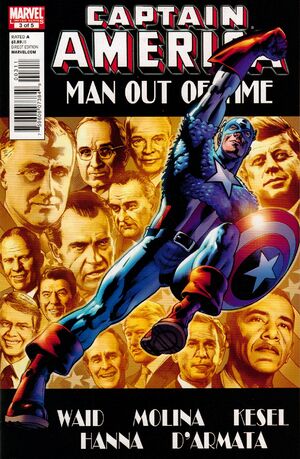 Appearing in "Man Out of Time, Part 3"Edit

Lost and alone in a brutally unfamiliar world, struggling to interact with a new generation of heroes, Steve Rogers seeks out someone--anyone--who might remember him from his former life. And even longtime Marvelites will be shocked at what he finds!

Retrieved from "https://heykidscomics.fandom.com/wiki/Captain_America:_Man_Out_of_Time_Vol_1_3?oldid=1720558"
Community content is available under CC-BY-SA unless otherwise noted.