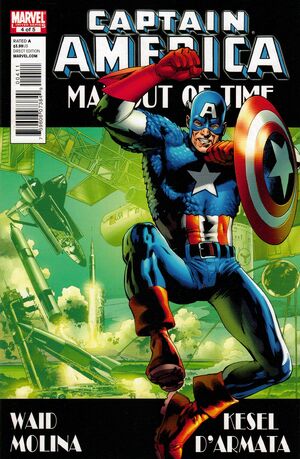 Appearing in "Man Out of Time, Part 4"Edit

In order to maintain his Captain America identity, Steve Rogers must convince the world that he's the real deal and not some kid who's adopted the name and costume--and to do that, he'll need the help of the entire Marvel Universe

Retrieved from "https://heykidscomics.fandom.com/wiki/Captain_America:_Man_Out_of_Time_Vol_1_4?oldid=1720566"
Community content is available under CC-BY-SA unless otherwise noted.