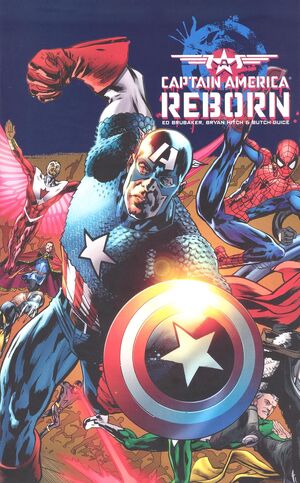 The story so big we needed another issue to finish it! The return of Captain America! The fight for the body and soul and mind of Steve Rogers! Avengers versus the Red Skull and his cronies! The biggest finale of the year is finally here! Brought to you by Ed Brubaker, Bryan Hitch and Butch Guice!

Retrieved from "https://heykidscomics.fandom.com/wiki/Captain_America:_Reborn_Vol_1_6?oldid=1729469"
Community content is available under CC-BY-SA unless otherwise noted.